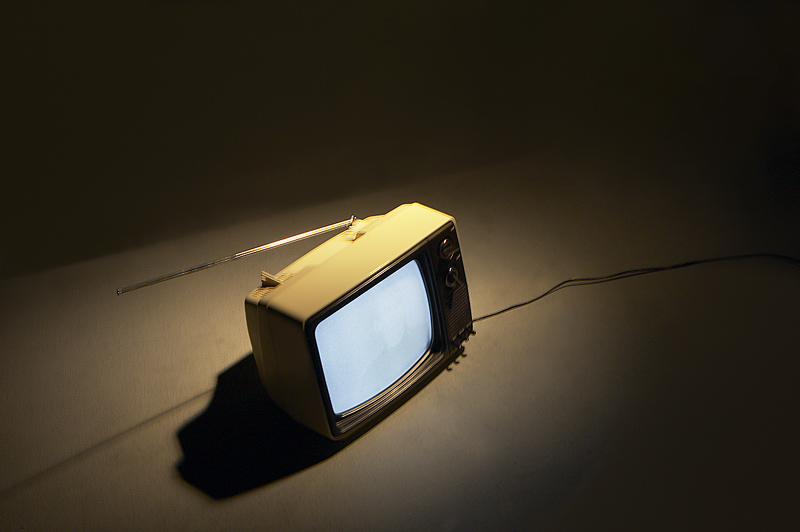 The Norman Lear Center released the findings of some interesting research this week about the quality (or more precisely the lack thereof) of television political coverage. The Lear Center, centered at the Annenburg School at USC, “is a multidisciplinary research and public policy center exploring implications of the convergence of entertainment, commerce, and society.Â On the University of Southern California campus, the Lear Center builds bridges between eleven schools whose faculty study aspects of entertainment, media, and culture.”

The study found that local TV news pretty much ignores local political races. The stats are amazing, but not surprising. While stations make big bucks on political ads, less than one percent of their coverage analyzes the statements made in such ads. Instead stations produce twelve times as much sports and weather coverage. Learn more about the center or download the entire study here. This is a press release about the center’s findings:

LOS ANGELES, February 15, 2005 â€“ In the month leading up to Election Day 2004, viewers of local news in 11 media markets saw nearly four-and-a-half times more stories about the presidential campaign than they did stories about all other political races combined, a new Lear Center study has found. Only one third of all campaign stories focused on issues.

Ninety-two percent of the 4,333 regularly-scheduled half-hour news broadcasts studied contained no stories at all about local candidate races, which include campaigns for the U.S. House, state senate or assembly, mayor or city council, law enforcement posts, judgeships, education-related offices and regional and county offices. Eight times more coverage went to stories about accidental injuries, and 12 times more coverage to sports and weather, than to coverage of all local races combined.

Across the nation, local stations in all U.S. markets took in more than $1.6 billion in revenues from political advertising. In the 11 markets studied, over five times more hours of ads for House candidates ran than hours of news stories about those candidates. In the ten markets where there were Senate races, the ratio of Senate ads to Senate campaign coverage was about the same: more than five-to-one. In states with toss-up Senate races, ad time for those races exceeded news time spent covering them by four-to-one; in states where Senate races were viewed as likely or leaning toward one candidate, that ratio was more than 15-to-one. But of all campaign stories aired in the sample studied, less than one percent were adwatches (reports that fact-check claims in campaign advertisements).

These are among the findings newly reported by the Lear Center Local News Archive. The study monitored evening news coverage from 5:00 pm to 11:30 pm aired on local ABC, CBS, NBC and Fox stations in 11 media markets in the 29 days prior to November 2, 2004. Together those markets comprise 23 percent of the local news seen by Americans.

Polls consistently show that Americans get most of their news from local TV, more than they get from local newspapers, cable news or network newscasts. â€œLast summer, Senate Commerce Committee Chairman John McCain, FCC Chairman Michael Powell and FCC Commissioner Jonathan Adelstein challenged Americaâ€™s broadcasters to live up to the promise in their licenses to provide significant coverage of local races,â€ said Martin Kaplan, associate dean of the USC Annenberg School for Communication and director of its Norman Lear Center. â€œIt looks like that challenge pretty much fell on deaf ears.â€

The project, funded by the Joyce Foundation with additional support from the Carnegie Corporation, is a collaboration between the Lear Center and the NewsLab at the University of Wisconsin-Madison, directed by Professor Ken Goldstein. Matthew Hale, assistant professor in the Center for Public Service at Seton Hall University, is the third principal investigator.

Data for this study come from these 11 markets: New York, Los Angeles, Philadelphia, Dallas, Seattle, Miami, Denver, Orlando, Tampa, Dayton and Des Moines. On average, 93 percent of all of the news broadcasts aired on each station were captured and analyzed. All findings, methodology of capture and analysis, plus a searchable video database of stories, can be found at localnewsarchive.org.

These are additional highlights of what researchers found:
â€¢ In Seattle, where there was an extremely close gubernatorial race, 95 percent of the half-hours captured in that market in the month before the election contained no stories at all about the race for governor. Time spent on teasers, bumpers and intro music in Seattle outnumbered time covering the Washington gubernatorial race by 14-to-one.

â€¢ Ten of the 11 markets in the sample had a race for U.S. Senate, yet 94 percent of the broadcasts analyzed in these markets failed to contain a single story about a Senate race.

â€¢ Los Angeles stations collectively devoted less time to the Senate race in a month than they collectively gave to bumper music and teasers in a single night.

â€¢ Non-candidate races â€“ stories about ballot or bond initiatives â€“ accounted for about four-and-a-half percent of all campaign stories captured in the 11 markets. Dallas stations nearly doubled that, with most of those stories about a local referendum on a new Cowboys football stadium. In Los Angeles, while 11 percent of the captured stories focused on ballot or bond initiatives, the vast majority were about statewide referenda, such as a bond for stem cell research and amendments to the three-strikes law. Nationally, slightly more than half the ballot or bond coverage focused on local, rather than statewide initiatives.

â€¢ The presidential race dominated election coverage not only on the local news, but also on special public affairs coverage aired outside of news broadcasts. Ninety-two percent of all prime-time special election programming captured was about the vice presidential or the two presidential debates aired during our recording period. The stations in our sample devoted more total time to previewing those debates than they did to any other form of non-news election coverage.

Local races accounted for just six percent of all stories aired about elections in the 11 markets, compared to the 61 percent devoted to the presidential election, but stations aired a sizable number of stories about the voting process. Nineteen percent of all political stories in the sample focused on voting issues such as the location of polling stations, absentee ballot information and reports on early voting efforts, as well as on national voting issues like potential voting irregularities.

â€œLocal stations were fairly diligent about telling people where and how to vote,â€ said the Lear Centerâ€™s Kaplan. â€œIf only theyâ€™d done as well at telling people who was running and what the issues were.â€

Findings from a parallel study comparing political coverage on Spanish-language local and national news with English-language news, funded by and conducted in collaboration with the Pew Hispanic Center, directed by Roberto Suro, are being released at localnewsarchive.org as well. Only three percent of the campaign stories on the six local Spanish-language stations studied (in New York, Los Angeles and Miami) focused on local races.