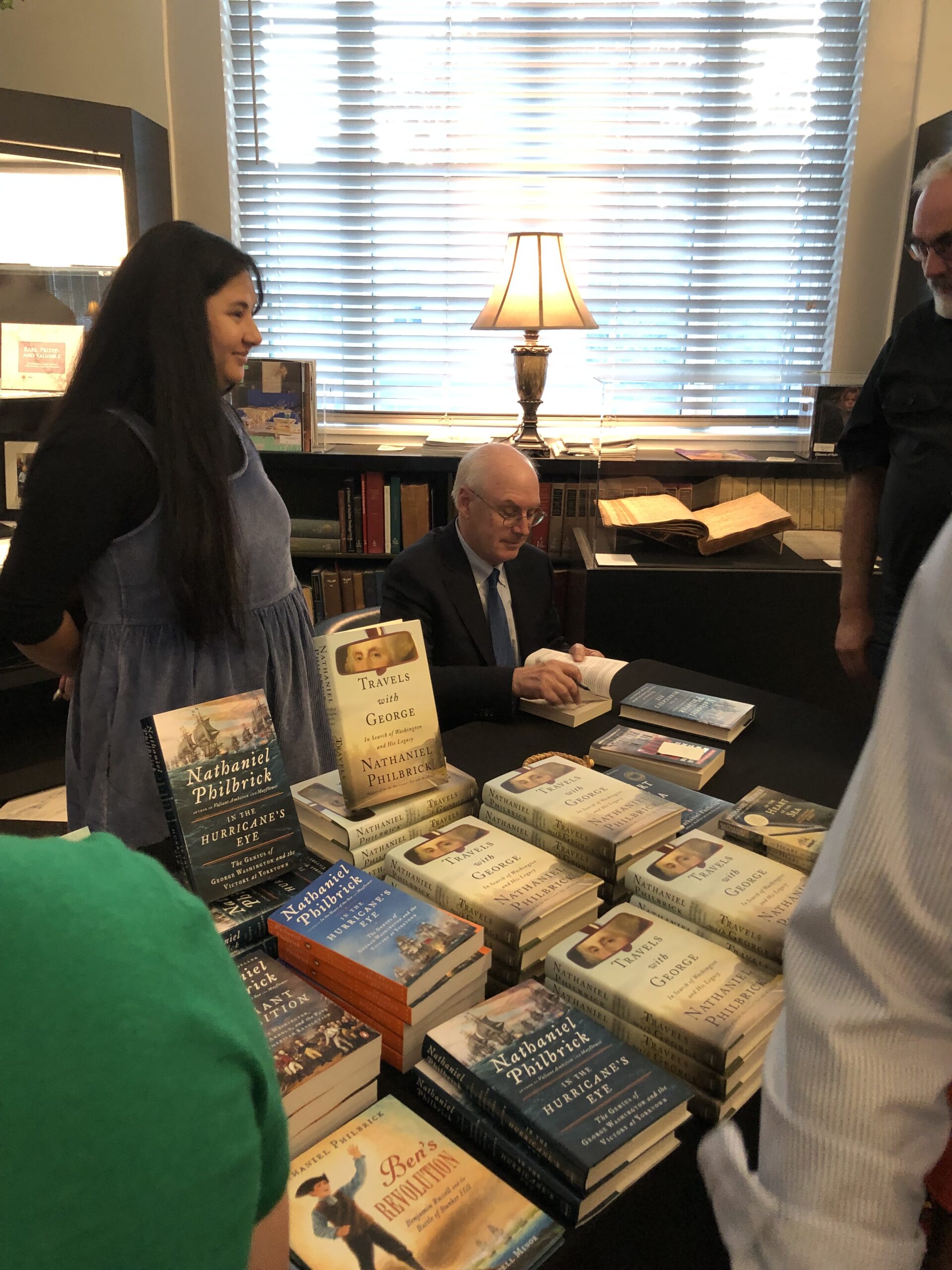 I recently had the opportunity to hear acclaimed author Nathaniel Philbrick speak about his career, the maritime history of colonial America, and his writing process. He also spoke about his recent release, Travels with George, which highlights the various locations our first president visited while he was in office. The book a bit of a departure for the historian, as he places himself into his storytelling. 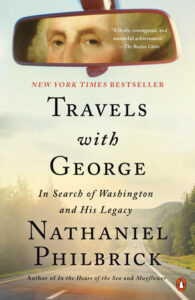 I’m looking forward to reading the book. The publisher’s description of the book: “Does George Washington still matter? Bestselling author Nathaniel Philbrick argues for Washington’s unique contribution to the forging of America by retracing his journey as a new president through all thirteen former colonies, which were now an unsure nation. Travels with George marks a new first-person voice for Philbrick, weaving history and personal reflection into a single narrative.

“When George Washington became president in 1789, the United States of America was still a loose and quarrelsome confederation and a tentative political experiment. Washington undertook a tour of the ex-colonies to talk to ordinary citizens about his new government, and to imbue in them the idea of being one thing—Americans.

“In the fall of 2018, Nathaniel Philbrick embarked on his own journey into what Washington called “the infant woody country” to see for himself what America had become in the 229 years since. Writing in a thoughtful first person about his own adventures with his wife, Melissa, and their dog, Dora, Philbrick follows Washington’s presidential excursions: from Mount Vernon to the new capital in New York; a monthlong tour of Connecticut, Massachusetts, New Hampshire, and Rhode Island; a venture onto Long Island and eventually across Georgia, South Carolina, and North Carolina. The narrative moves smoothly between the eighteenth and twenty-first centuries as we see the country through both Washington’s and Philbrick’s eyes.

“Written at a moment when America’s founding figures are under increasing scrutiny, Travels with George grapples bluntly and honestly with Washington’s legacy as a man of the people, a reluctant president, and a plantation owner who held people in slavery. At historic houses and landmarks, Philbrick reports on the reinterpretations at work as he meets reenactors, tour guides, and other keepers of history’s flame. He paints a picture of eighteenth-century America as divided and fraught as it is today, and he comes to understand how Washington compelled, enticed, stood up to, and listened to the many different people he met along the way—and how his all-consuming belief in the union helped to forge a nation.”