The State of Consumer Magazines 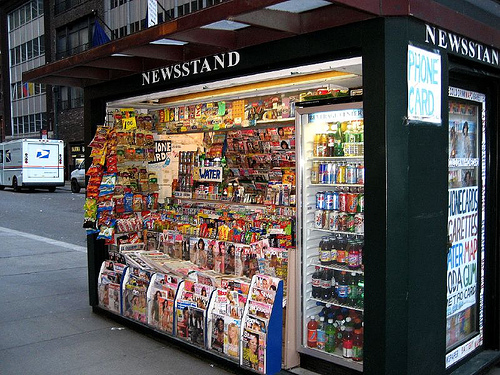 In his piece for Folio title Assessing the State of the Consumer Magazine Print Business, Baird Davis writes that the industry’s transition from print to a hybrid digital format has been more difficult than could have been imaging five years ago. “In the rush to the digital future, publishers have taken their eyes off the print-ball.â€

Davis’ article relies on analysis of print performance, along with information gleaned from “two recent interviews: one conducted by Samir Husni with Bob Garfield, media columnist and critic, and the other a W Magazine interview with CondÃ© Nast’s Bob Sauerberg.” In his intro, Davis writes that magazine publishers are no longer able to change the economics imposed by the digital revolution. One confounding aspect is that while the audiences continue to grow, CPMs continue to go down. Garfield also says in his interview that “although the company’s monthly visitors have increased 33 percent in the last year to 87 million, company revenues decreased, primarily because of continued weakness in print advertising.”

“Their comments perfectly capture the transition dilemma facing consumer magazine publishers,” writes Davis. “The Sauerberg interview demonstrated that publishers, even ones as big and successful as CondÃ© Nast, still depend on print advertising to support this difficult transition. And in both interviews thereâ€™s a resigned acknowledgment that there are no easy revenue solutions in todayâ€™s media world, where the consumer magazine industryâ€™s major competitors now include Google, Facebook and Amazon.”