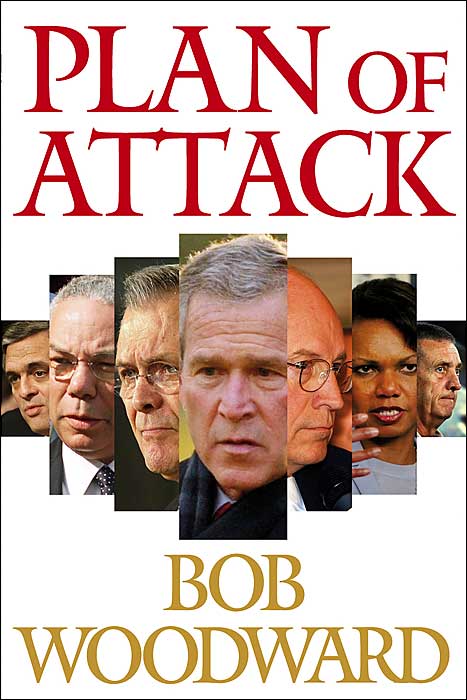 Here we go again: another book highlighting the inner workings of the White House and the war in Iraq. Just in the past couple of months we have seen books by Richard Clarke and John Dean. Now the ultimate insider has a new book about the Bush presidency. Bob Woodward, famous journalist who broke the Watergate scandal 30 years ago, is out now with “Plan of Attack.” Among the startling revelations (or not so startling actually) is that Bush had a war plan in the works only two months after September 11. This sounds like real insider stuff (from what I read in the New York Times, the Bush White House is upset with Colin Powell for giving Bob Woodward so much access). It doesn’t sound like hearsay and gossip either. As a journalist, Woodward is known for doing his homework–conducting in-depth interviews, and reading every document. From what I gather, it sounds like Woodward sat down with the President himself. Never mind the details, his responses to certain questions sound startling enough. Woodward is on Charlie Rose tonight by the way! This one might find its way to my nightstand. (You can read more about the book in the New York Times: www.nytimes.com/aponline/international/AP-Iraq-Woodward-Book.html) 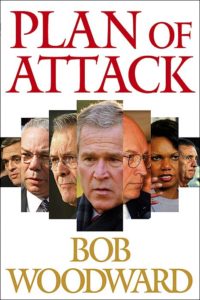