One Nation, Out of Many 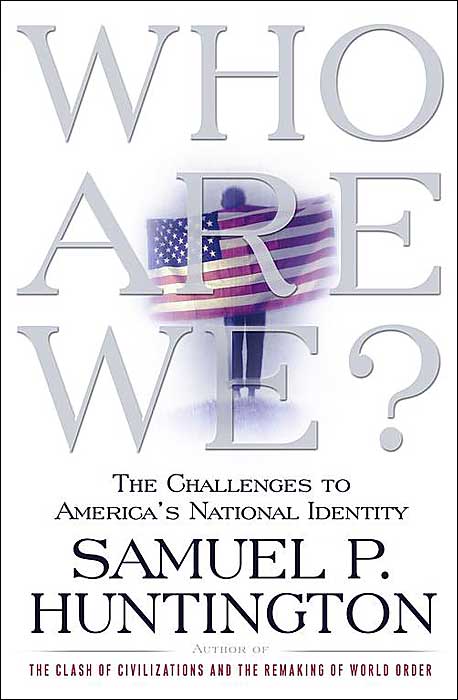 Samuel Huntington has an essay about his book “Who Are We?” that has been posted on the American Enterprise Institute’s Web site. “America’s core culture has primarily been the culture of the seventeenth- and eighteenth-century settlers who founded our nation,” he writes. “The central elements of that culture are the Christian religion; Protestant values, including individualism, the work ethic, and moralism; the English language; British traditions of law, justice, and limits on government power; and a legacy of European art, literature, and philosophy. Out of this culture the early settlers formulated the American Creed, with its principles of liberty, equality, human rights, representative government, and private property. Subsequent generations of immigrants were assimilated into the culture of the founding settlers and modified it, but did not change it fundamentally. It was, after all, Anglo-Protestant culture, values, institutions, and the opportunities they created that attracted more immigrants to America than to all the rest of the world.

“America was founded as a Protestant society, and for 200 years almost all Americans practiced Protestantism. With substantial Catholic immigration, first from Germany and Ireland and then Italy and Poland, the proportion of Protestants declined–to about 60 percent of the population by 2000. Protestant beliefs, values, and assumptions, however, have been the core element (along with the English language) of America’s settler culture, and they continue to pervade and shape American life, society, and thought. Protestant values have shaped American attitudes toward private and public morality, economic activity, government, and public policy. They have even deeply influenced Catholicism and other religions in America.

It’s an interesting essay with some strong views: “One has only to ask: Would America be the America it is today if in the seventeenth and eighteenth centuries it had been settled not by British Protestants but by French, Spanish, or Portuguese Catholics? The answer is no. It would not be America; it would be Quebec, Mexico, or Brazil.” Check out the essay, share your opinions.