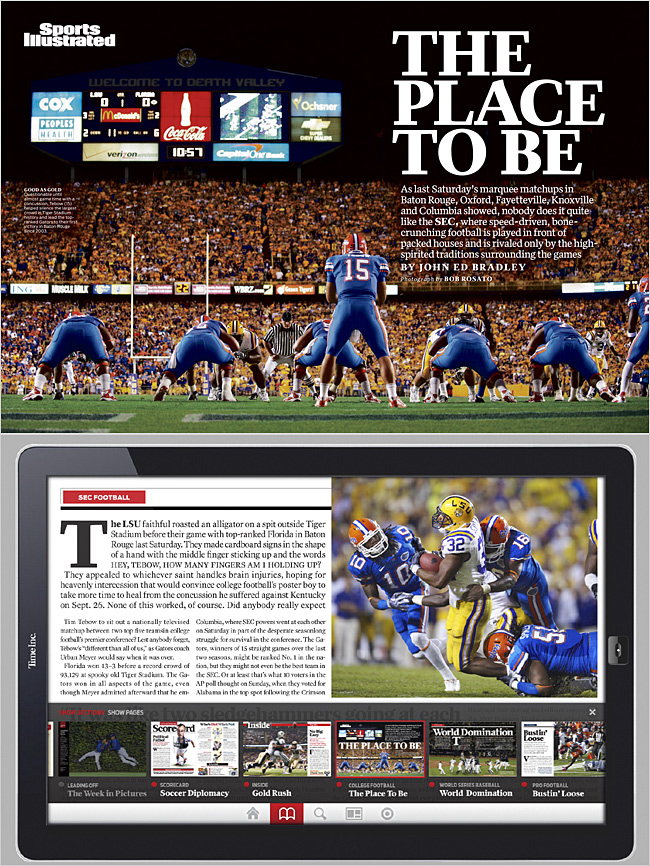 This article was published a few weeks ago, but I wanted to draw attention to it because it shows what may be coming soon to the world of magazine publishing. As an Apple fan, I have been reading all of the rumors about the coming Apple Tablet (iSlate?) with excitement. When it is finally announced, it will represent another moment when Apple takes its place well ahead of the pack in directing the future of consumer electronics.

But more than another fun gadget for consumers, the Tablet represents a dramatic shift for publishers, particularly magazine publishers, in how they will engage their consumers. In my opinion, it will raise the magazine to ever greater prominence in today’s media enviornment. When unbound (pun intended) from the constraints of the physical page, writers and editors will have even greater freedom in how they tell their story (video, statistics, along with traditional narrative). I believe writers and editors with a traditional print background (those who think clearly about who their audience is and and what they need) will be well prepared to take great advantage of this new platform. Watch these demos and you will understand. It’s exciting, and I’m anxious to see what the upcoming news event from Apple will bring about. Please don’t dissappoint.