Leonardo and the Last Supper 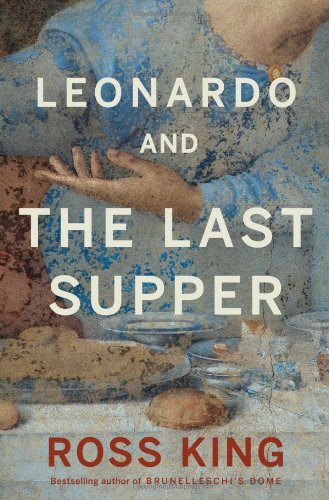 I greatly enjoyed Ross King’s recent books of art history, including The Judgment of Paris: The Revolutionary Decade That Gave the World Impressionism, Brunelleschi’s Dome: How a Renaissance Genius Reinvented Architecture, and Michelangelo and the Pope’s Ceiling. So I am looking forward to reading his latest book that was released earlier this fall: Leonardo and The Last Supper. Here’s a summary from Amazon:

“In his compelling new book, Ross King explores how-amid war and the political and religious turmoil around him, and beset by his own insecurities and frustrations-Leonardo created the masterpiece that would forever define him. King unveils dozens of stories that are embedded in the painting. Examining who served as the models for the Apostles, he makes a unique claim: that Leonardo modeled two of them on himself. Reviewing Leonardo’s religious beliefs, King paints a much more complex picture than the received wisdom that he was a heretic. The food that Leonardo, a famous vegetarian, placed on the table reveals as much as do the numerous hand gestures of those at Christ’s banquet. As King explains, many of the myths that have grown up around The Last Supper are wrong, but its true story is ever more interesting. Bringing to life a fascinating period in European history, Ross King presents an original portrait of one of the world’s greatest geniuses through the lens of his most famous work.”