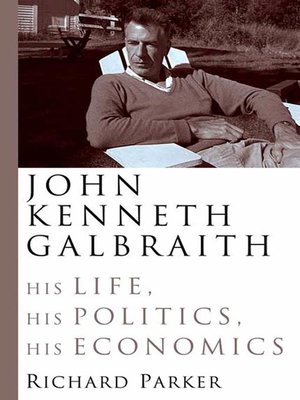 John Kenneth Galbraith: His Life, His Politics, His Economics by Richard Parker

From the publisher: “John Kenneth Galbraith (1908-2006) was one of America’s most famous economists for good reason. From his acerbic analysis of America’s “private wealth and public squalor” to his denunciation of the wars in Vietnam and Iraq, Galbraith consistently challenged “conventional wisdom” (a phrase he coined). He did so as a witty commentator on America’s political follies and as a versatile author of bestselling books—such as The Affluent Society and The New Industrial State—that warn of the dangers of deregulated markets, corporate greed, and inattention to the costs of our military power. Here, in the first full-length biography of Galbraith and his times, Richard Parker provides not only a nuanced portrait of this extraordinary man, but also an important reinterpretation of twentieth-century public policy and economic practices.”