For $2.5 million you can own Norman Mailer’s last home, his apartment in Brooklyn Heights. Mr. Mailer died in 2007, but since that time his apartment has remained as it was when he lived there. From the New York Times: “Now Michael and his eight siblings have put the apartment, a fourth-floor co-op overlooking the Promenade, the Statue of Liberty and the harbor framing the skyline of Lower Manhattan, on the market for $2.5 million and hope to share the proceeds. They have not quite decided what to do with the furniture, books and tchotchkes, but will probably divide them up. Yet, Michael Mailer said, they may be open to offers for some belongings from, say, someone planning a Norman Mailer Museum.

“‘Itâ€™s a tough thing to sell a family apartment because there are so many memories,â€ Mr. Mailer said. â€œA lot of us are not eager to sell it at all. Itâ€™s an unusual place and only someone with a particular sensitivity and style would buy it. If youâ€™re a family itâ€™s probably not very practical. Itâ€™s a dangerous place.'” 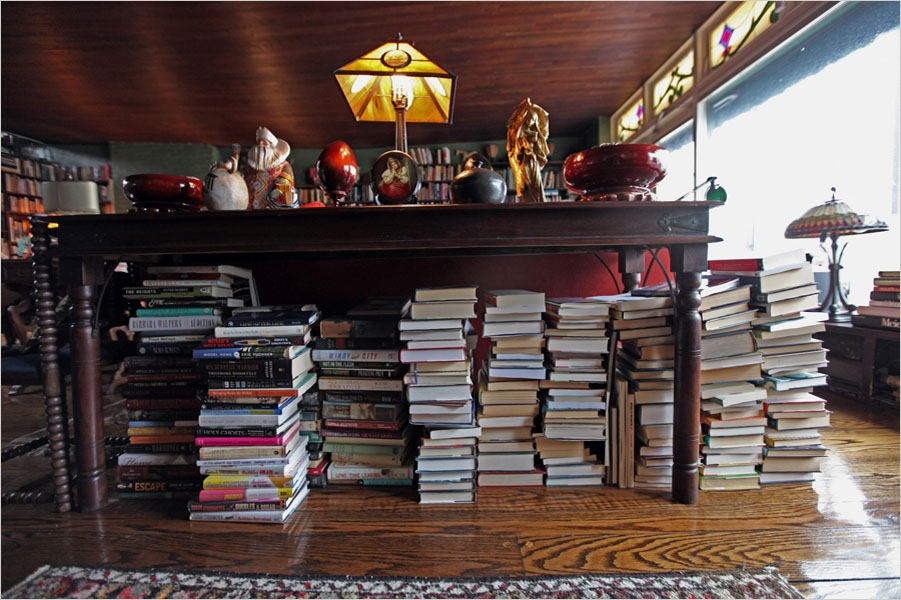