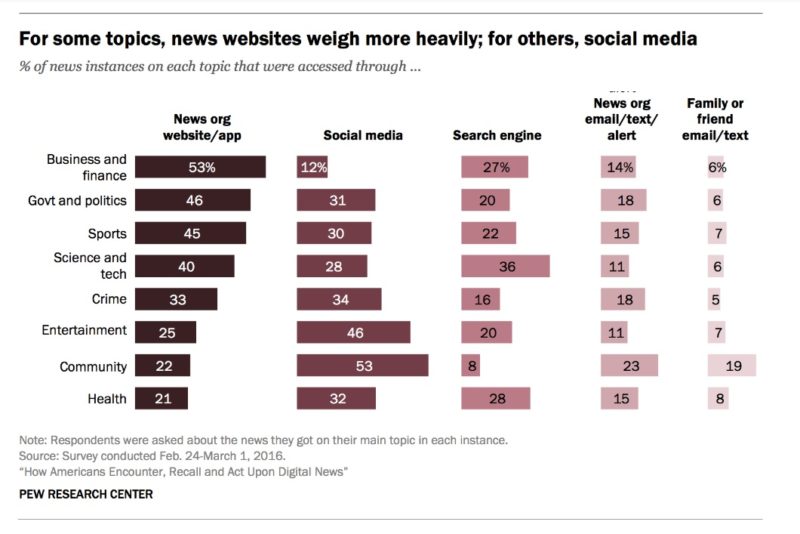 A new report issued by The Pew Research Center reveals some interesting insight into how readers consume and interpret digital news. The Columbia Journalism Review summarizes the report: “By a statistically insignificant margin, the most common way for people to get their news is still by visiting a news organization directly. In these cases, findings showed that people are more aware of the source of the news, and theyâ€™re less likely to share it with others.

“However, when people get their news through social mediaâ€”or from friends via email or textâ€”theyâ€™re less likely to remember the source, and theyâ€™re more likely to share it online or send it to friends.”

According to the study: “When asked how they arrived at news content in their most recent web interaction, online news consumers were about equally likely to get news by going directly to a news website (36% of the times they got news, on average) as getting it through social media (35%). They were less likely to access news through emails, text messages or search engines. And most people favored one pathway over another. Nearly two-thirds (65%) of online news consumers had one preferred pathway for getting most of their online news.”

The study addresses recent questions about fake news as well: “When consumers click on a link to get to news, they can often recall the news sourceâ€™s name. Individuals who said they followed a link to a news story were asked if they could write down the name of the news outlet they landed on. On average, they provided a name 56% of the time. But they were far more able to do so when that link came directly from a news organization â€“ such as through an email or text alert from the news organization itself â€“ than when it came from social media or an email or text from a friend. It was also the case that 10% of consumers, when asked to name the source of the news, wrote in â€œFacebookâ€ as a specific news outlet.”

This chart highlights another interesting detail: how certain topics are more likely to be learned about through one method over another. It is an interesting study for those who work in journalism or marketing.