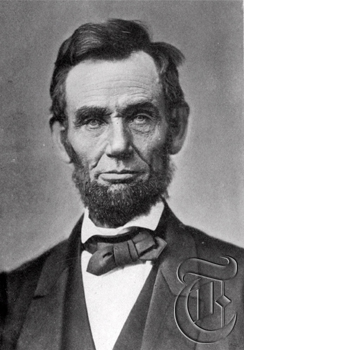 There is an interesting review of books about Abraham Lincoln in the current issue of the Claremont Review of Books. Writer Peter Schramm reviews “Lincoln’s Emancipation Proclamation: The End of Slavery in America” written by y Allen C. Guelzo. The book examines the motives and circumstances that led to Lincoln freeing the slaves.

The book has an interesting take on what motivated Lincoln: that Lincoln really didn’t drive history so much as he was a product of circumstances. Here is Schramm’s take on the book: “Lincoln did not take back the Proclamation but instead pushed on, as events permitted, to its logical consequence, the 13th Amendment; and the angels have been singing for 140 years now. But the earthly choirs have never wholeheartedly joined in, which is why Allen C. Guelzo reflects that this “most revolutionary pronouncement ever signed by an American president” is also “surely the unhappiest.” Abraham Lincoln’s single greatest act, an act of spectacular political daring and wondrously good results, is best known for what it did not do.

“Ask any high school student. If he has ever heard of the Emancipation Proclamationâ€”and I am not giving odds that he hasâ€”he will know one thing about it: It didn’t really emancipate anybody. Moving up the ladder of learning into college or into the ranks of history teachers or scholars, you will hear variously that it was a frantic, improvised measure; it is a boring legalistic document that reads like a bill of lading; it accomplished nothing, and its very lack of eloquence tells us that it was meant to accomplish nothing; it was mere propaganda. A scholar of a certain bent will denounce it for violating the Constitution; another will sneer that it makes no mention of the immorality of slavery; a third, not meaning to be unfriendly, will take it as yet another proof that Lincolnâ€”as he himself insisted!â€”was controlled by events, that these overwhelming events drove him willy-nilly from a more conservative to a more liberal policy, perhaps even driving him accidentally to give moral meaning to a morally meaningless war.”

I don’t agree. After reading many good books about Lincoln, including David Herbert Donald’s “Lincoln” (the best biography in my opinion) as well as William Lee Miller’s great intellectual biography “Lincoln’s Virtues” I believe Lincoln acted morally, with ideas about what his beliefs meant about the future of the United States. I don’t believe he acted merely out of what he believed was politically expedient. Yet, Schramm asserts that Lincoln’s beliefs were connected to preserving the Union at all costs. And that ending slavery was merely an extension of those beliefs.

“But Lincoln’s prudent constitutionalism was such that he would not resort to “indispensable means” until they were indispensable. Such means could win the game only if forced into play as the last card. He “would resort to those means only because they were ‘indispensable to the preservation of the Constitution,’ and because he could not turn aside from using them without risking ‘the wreck of government, country, and Constitution all together.'”

Interesting. Read the review. Let me know your thoughts. Here is one more quote from the book–it’s a quote of a famous letter Lincoln received July 31, 1863, from Hannah Johnson, a black freedwoman from Buffalo with a son in the 54th Regiment, New York Infantry: “They tell me, some do, you will take back the Proclamation, don’t do it. When you are dead and in Heaven, in a thousand years that action of yours will make the Angels sing your praises.”