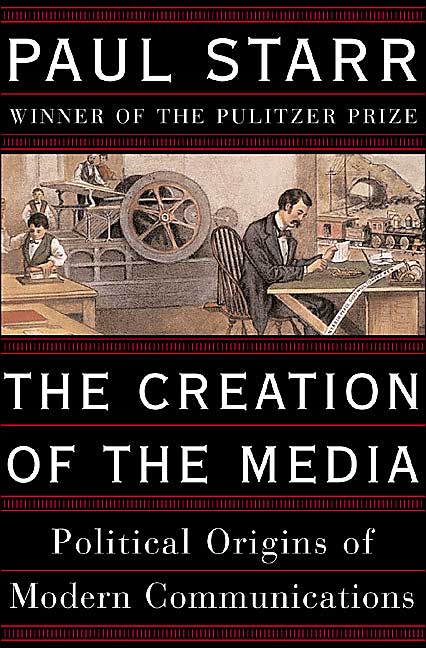 An excerpt from The Creation of the Media by Paul Starr: “Between 1790 and 1835, while the population grew from 3.9 million to 15 million, the number of newspapers in the United States climbed eleven-fold, from 106 to 1,258. For every 100 households, there were 18-19 newspaper subscriptions in the 1780s; by the 1820s, there were just over 50. That does not prove that more than 50 percent of households received a paper, since some families received more than on, but it does show a remarkably broad distribution of newspapers in an era when, according to some historians, newspaper readership was supposedly restricted to a political and economic elite … By the 1820s, three-fourths of families included at least one adult who engaged in life-long reading, and that reading had become more varied, secular, and particularly focused on a “new activity”–keeping up with the times through newspapers.

“Nowhere in Europe was there anything like this profusion of newspapers and newspaper reading. In 1775, newspaper circulation per capita had been greater in England that in America. In 1835, after travels in America, the English writer Richard Cobden pointed out that despite a larger population, the British Isles had only 369 newspapers, of which only 17 were daily, while the United States, according to an almanac for 1834, had 1,265 newspapers, of which 90 were daily … per capita newspaper circulation was six times higher in the United States than in the British Isles … as of 1840, total weekly circulation in the United States, with a population of 17 million, had surpassed that of all of Europe, with 233 million inhabitants.”