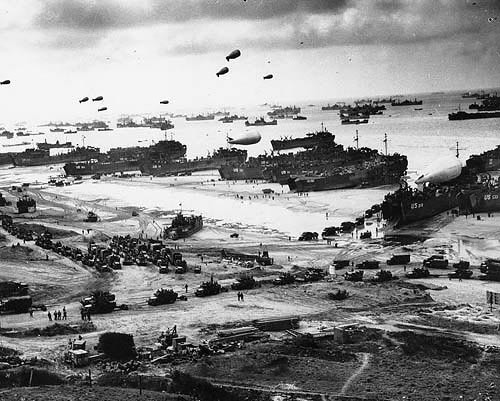 Twenty-five years ago, a man in New York set aside some old recordings he found in his basement. He finally got around to investigating his find and he discovered that he had rare broadcasts of World War II, including this one made during the D-Day invasion. Learn more from this story at Smithsonian. What a find. Who knows what else is out there in long-forgotten corners of basements and attics.

“D-Day: The Normandy Invasion” by The U.S. Army is licensed under CC BY 2.0