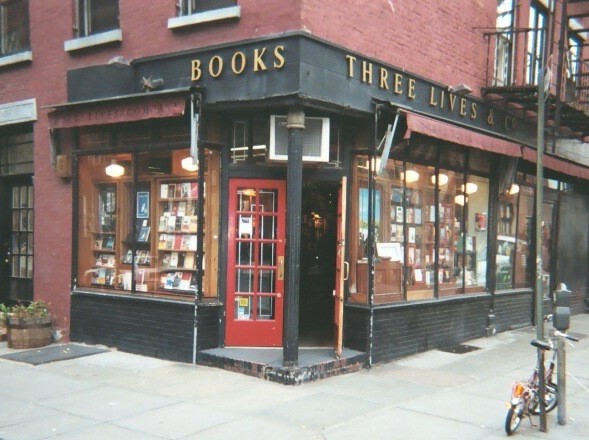 While on a vacation, have you ever thought “I wonder what the local bookstore is like?” Isn’t it true, that local independent bookstores tell so much about a town or a neighborhood? I often want to wander into those unique stores when I travel.

Well there must be many like me. Here is a site that I just learned about that takes it one step further. Why not plan ahead; seek out those wonderful bookstores and place them on your trip’s itinerary. This site is called Bookstore Tourism, a site dedicated to promoting independent bookstores by encouraging travelers to visit.

The site is the brainchild of Larry Portzline, native of Harrisburg, Pennsylvania, who “has been a professional writer for close to 20 years and a bookstore addict even longer.” According to his site, Larry has worked as a writer for the Pennsylvania Senate for the past decade. Prior to that he was an award-winning newspaper reporter, editor and freelance writer.

Larry has been an adjunct instructor at colleges in Central Pennsylvania for the past several years, teaching writing and literature courses.Â  His other academic interests include the Federal Theatre Project, the Federal Writers’ Project, the live dramas of television’s “Golden Age,” and flash fiction.

Here is his story of how the site began: “Last year, Portzline thought it would be fun and exciting to take a busload of book-lovers to New York City to browse the many independent bookstores in and around Greenwich Village.Â  The response was overwhelming, and since that first trip in July 2003, Portzline has led six sold-out “Bookstore Adventures” to New York and Washington, DC through the schools where he teaches. Along the way, the idea morphed into a grassroots movement to encourage other folks around the country to plan similar bookstore trips both near and far — whether your group numbers 5 or 50!”

Wishing not to politicize the issue, Portzline says that he understands the contributions online retailers and large chains have made toward getting books in the hands of readers. Nonetheless, he says on the site that its important for readers to support unique independents.

“There are countless reasons to visit and support independent bookstores:Â They’re engaging, quiet and intimate.Â  They employ passionate, knowledgeable staff.Â  They offer a diverse selection that isn’t always mainstream.Â They provide personalized customer service.Â  They support the local economy and are actively involved in the community.Â  They attract writers, educators and others who have a professional interest in literature. And they create an atmosphere for personal enrichment and learning.

“Unfortunately, many independent bookstores are struggling due to the economy, high rents, low readership, commercial overdevelopment, and heavy competition from the mega-chains, online giants and other retailers.Â  In fact, many of the most revered — and some of the most promising — bookstores in the United States have had to close their doors in recent years for these reasons.

“It’s our belief that book-lovers and communities should do whatever they can to support their local booksellers and prevent independent bookstores from disappearing altogether.”