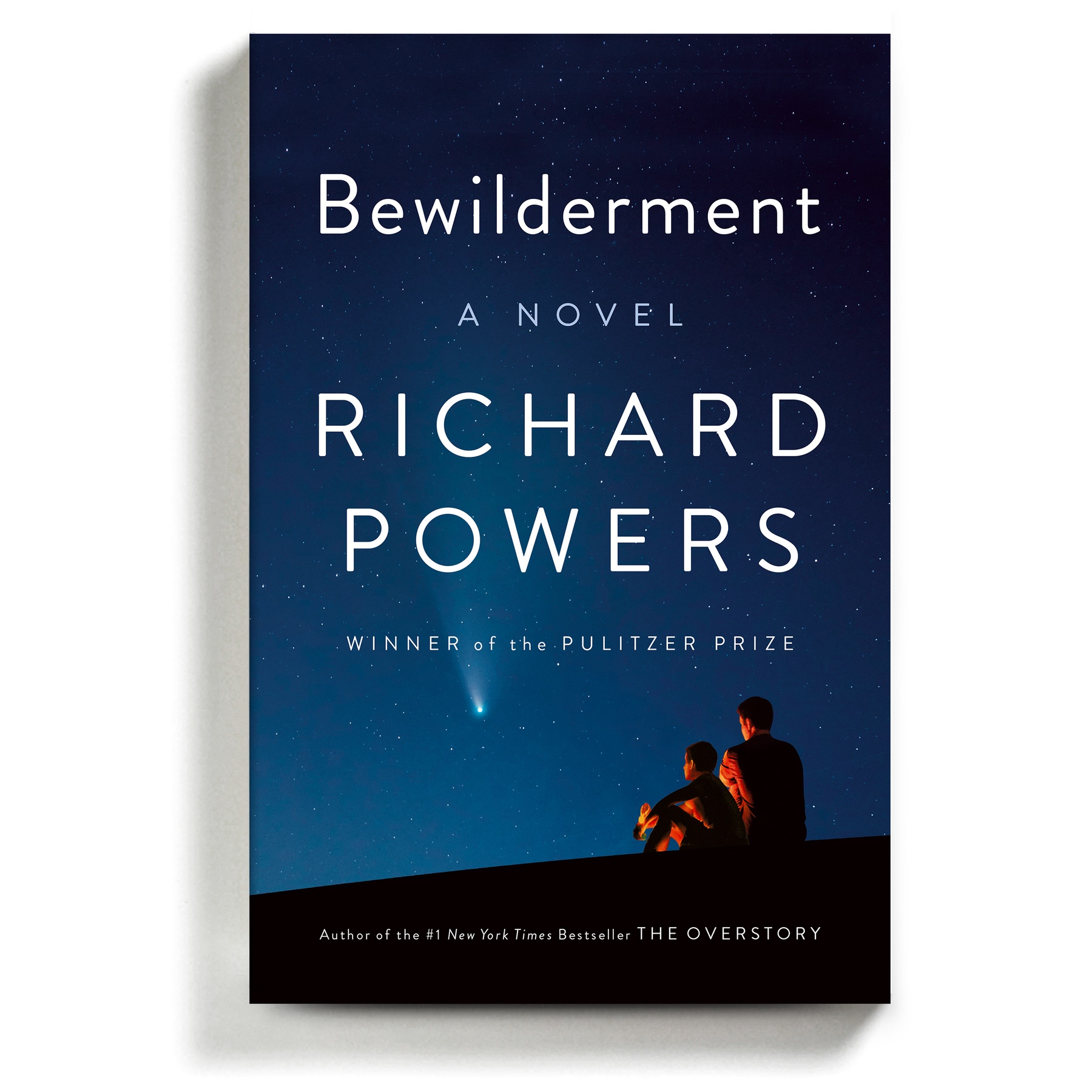 I’ve been a big fan of Richard Powers’ work since I came upon Galatae 2.2 in graduate school. His books combine science and technology with keen observations on the human condition. His recent book, The Overstory, was his best yet. It changed how I viewed the environment and our place in it. Others agreed with my positive assessment, as it won the Pulitzer Prize.

His latest work just arrived at my door. It’s called Bewilderment, and I can’t wait to get started.

From the publisher: “The astrobiologist Theo Byrne searches for life throughout the cosmos while single-handedly raising his unusual nine-year-old, Robin, following the death of his wife. Robin is a warm, kind boy who spends hours painting elaborate pictures of endangered animals. He’s also about to be expelled from third grade for smashing his friend in the face. As his son grows more troubled, Theo hopes to keep him off psychoactive drugs. He learns of an experimental neurofeedback treatment to bolster Robin’s emotional control, one that involves training the boy on the recorded patterns of his mother’s brain…

“With its soaring descriptions of the natural world, its tantalizing vision of life beyond, and its account of a father and son’s ferocious love, Bewilderment marks Richard Powers’s most intimate and moving novel. At its heart lies the question: How can we tell our children the truth about this beautiful, imperiled planet?”