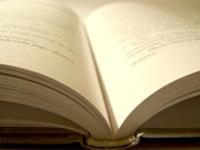 There is another book award coming soon. It’s called the Quills, and it seems to be an effort to bring books and authors to a marketing level a little more on par with film and the Oscars (the award ceremony will be broadcast on NBC in October). The unique piece of this book award will make it more People’s Choice rather than an Academy Award–readers will be able to vote on their favorites from a list of finalists for each category chosen by “experts.” Here is the press release and the Web site. Let me know what you think.

Reed Business Information (RBI) and the NBC Universal Television Stations have joined forces to launch The Quill Awards, a new national book award that honors excellence in book publishing and includes consumers in the voting process.

Designed to inspire reading while promoting literacy, the Quills will honor winners in more than 15 different categories, including Book of the Year, Rookie of the Year, and Lifetime Achievement. The first Quill Awards will be presented in October 2005, during a star-studded ceremony that will be carried on the 14 NBC Universal Owned and Operated Television Stations.

An extensive national panel of booksellers and librarians selected from RBIâ€™s Publishers Weekly subscriber base will make the initial nominations. Then, opening the awards process to include the reading public, winners will be determined by consumers voting online and in bookstores. NBC Universalâ€™s stations group will create the backbone of the online consumer voting system, which will be featured on all of the stationâ€™s websites in the weeks leading up to the awards ceremony.

In addition, The Quill Awards event will benefit a newly created not-for-profit, The Quills Literacy Foundation. As part of its mission, the foundation’s Executive Council will evaluate existing literacy programs and direct funding to support a variety of qualified literacy-based initiatives.

Gerry Byrne, former publisher of Variety and Daily Variety, who has spent decades leading initiatives in media and communications, designed the program and will supervise The Quill Awards and serve as Chairman of The Quills Literacy Foundation, which he founded.

“With The Quills, we will create excitement among consumers, bring well-deserved recognition to writers, energize and invigorate the marketplace, and most importantly, interest more people in buying and reading books,” said Byrne, adding, “We are thrilled to have the NBC Universal Television Stations involved which will give these awards and what they represent a dramatically higher profile.”

Bill McGorry, Publisher of Publishers Weekly, said that RBIâ€™s interest in the awards program originated some time ago in an effort to spur sales of books.

“A healthy publishing industry is good for everyone — writers, publishers, booksellers, and of course readers,” said McGorry, “And we wanted to create the kind of broad-based awards program that really promotes new demand for books, at the same time that we benefit literacy causes.”

Notification of the Nominating Council for The Quill Awards will be completed by the end of February and the formal process of book selections will begin May 1, 2005. Mirroring the contender-naming domain of the Academy Awards or Golden Globes, this nominating “board” will be primarily composed of approximately 6,000 booksellers and librarians formed from a re-qualified national panel of Publishers Weekly subscribers.

The Quills event and programs will be shaped and guided by a prestigious Executive Council including individuals from publishing, education, finance, media, and entertainment. This group will provide input on awards categories and advise on the selection of the annual distinguished service or lifetime achievement award.

Member of The Quills Executive Council Jane Friedman, President and CEO, HarperCollins Publishers, said, “The Quills not only recognizes books and their authors, but also includes a literacy initiative, significantly increasing its value to our communities. This new award is a reflection of the momentum for reading we see nationwide, characterized by ‘city reads’ programs, on-line book groups, and emerging genres becoming mainstream.”

“It is a time of tremendous innovation and opportunity for authors and publishers worldwide, and The Quill Awards have been created to recognize excellence in this market. We are very pleased to support this unique and important program,” said Randy Siegel, President and Publisher, Parade Publications, and member of The Quills Executive Council.

Patricia Schroeder, President and CEO, Association of American Publishers, commented, “Publishers and authors are thrilled that Quills will bring added consumer attention to the wide variety of outstanding books that are available, and placing more books into the hands of readers helps overall literacy and the health of the book business. We consider Quills a home run for all.”