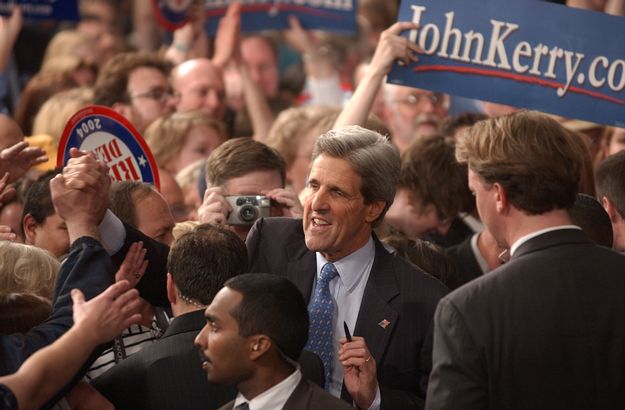 This is why it is so important that news media ownership be diverse. According to reports, Sinclair Broadcast Group, owner of one of the largest television chains in the country, is ordering all of its stations to air an anti-Kerry documentary that accuses the senator of betraying American prisoners from the Vietnam War.

“Sinclair has ordered all 62 of its stations to air “Stolen Honor: Wounds That Never Heal” without commercials in prime-time next week, the Washington Post reported, just two weeks before the Nov. 2 election,” according to reports from CNN. “Sinclair’s television group, which includes affiliates of all the major networks, reaches nearly a quarter of all U.S. television households, according to the company’s Web site. A dozen of Sinclair’s stations are in the critical swing states of Ohio, Florida, Iowa and Wisconsin. Affiliates owned by the major television networks reach a larger percentage of U.S. homes because they are in the largest markets.”

Sinclair executives have been supporters of the Bush administration. In fact, this is the same group that tried to have its affiliates block a broadcast of Nightline in April during which Ted Koppel simply read the names of those soldiers who died during the war in Iraq.

“Media Matters for America, a liberal watchdog group, has written a letter to Sinclair asking the company to cancel reported plans to air the film between now and the Nov. 2 election. The Post reports the movie is about Kerry’s antiwar testimony to Congress in 1971 and was produced independently of Sinclair,” according to CNN reports. “Sinclair’s plan to air anti-Kerry propaganda before the election is an abuse of the public airwaves for what appears to be partisan political purposes,” Media Matters CEO David Brock said in the letter. The letter warned Sinclair that its plan could constitute a violation of broadcast regulations requiring equal time for political candidates, as well as the McCain-Feingold campaign finance law, the group said.”

“Because Sinclair is defining the documentary – which will run commercial free – as news, it is unclear if it will be required by federal regulations to provide Mr. Kerry’s campaign with equal time to respond,” said the New York Times. According to reports, Kerry would refuse any opportunity to respond after the film has aired. You can’t have it both ways. Those on the right can’t accuse the media of some mysterious liberal bias, and then simply respond in kind–not unless objectivity was never your goal.

I think if Sinclair wants to air their film, they ought to air Michael Moore’s Fahrenheit 9/11 without commercials on the following night. Equal time.