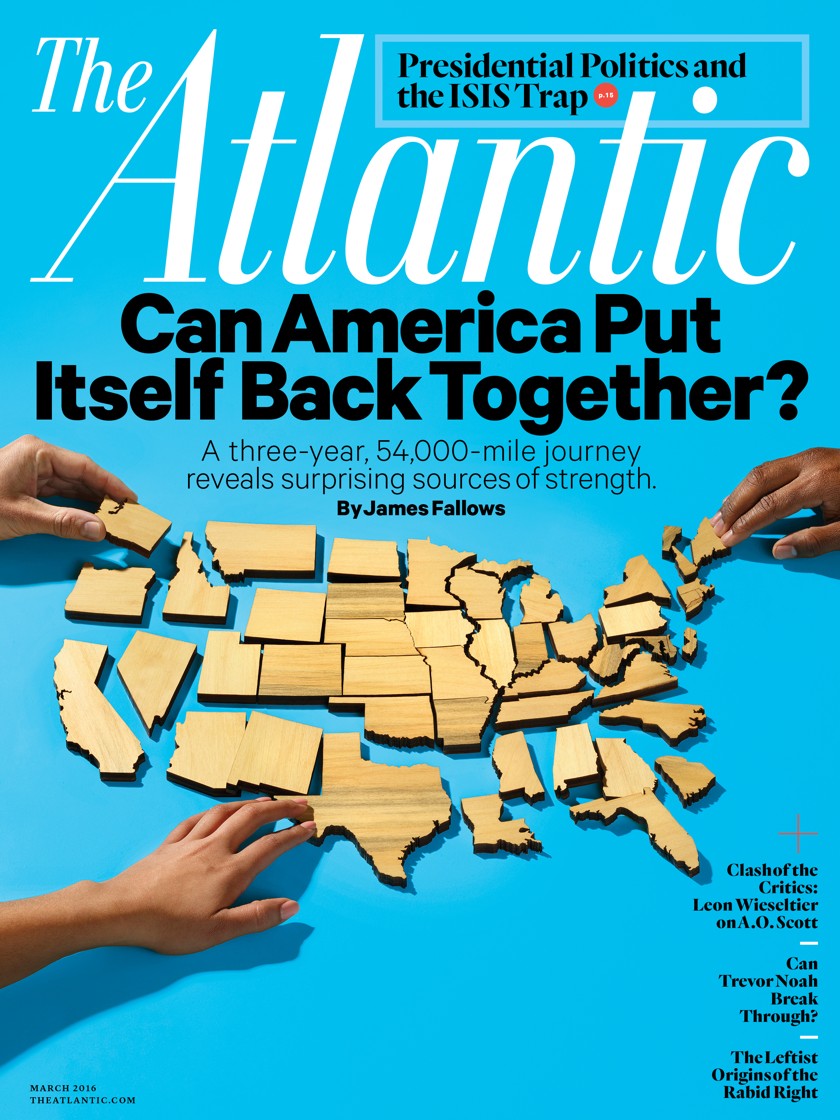 You must read the great cover story in the March 2016 Atlantic written by James Fallows. Most Americans believe their country is going to hell, he writes. But after a three-year trip across the country in his single-prop plane, Fallows learned that what has been said about American decline is different that how it appears from our national dialogue:

“As a whole, the country may seem to be going to hell. That jeremiad view is a great constant through American history. The sentiment is predictably and particularly strong in a presidential-election year like this one, when the â€œoutâ€ party always has a reason to argue that things are bad and getting worse. And plenty of objective indicators of trouble, from stagnant median wages to drug epidemics in rural America to gun deaths inflicted by law-enforcement officers and civilians, support the dystopian case.

“But here is what I now know about America that I didnâ€™t know when we started these travels, and that I think almost no one would infer from the normal diet of news coverage and political discourse. The discouraging parts of the San Bernardino story are exceptionalâ€”only five other U.S. cities are officially bankruptâ€”but the encouraging parts have resonance almost anywhere else you look … What is true for this very hard-luck city prevails more generally: Many people are discouraged by what they hear and read about America, but the closer they are to the action at home, the better they like what they see.”