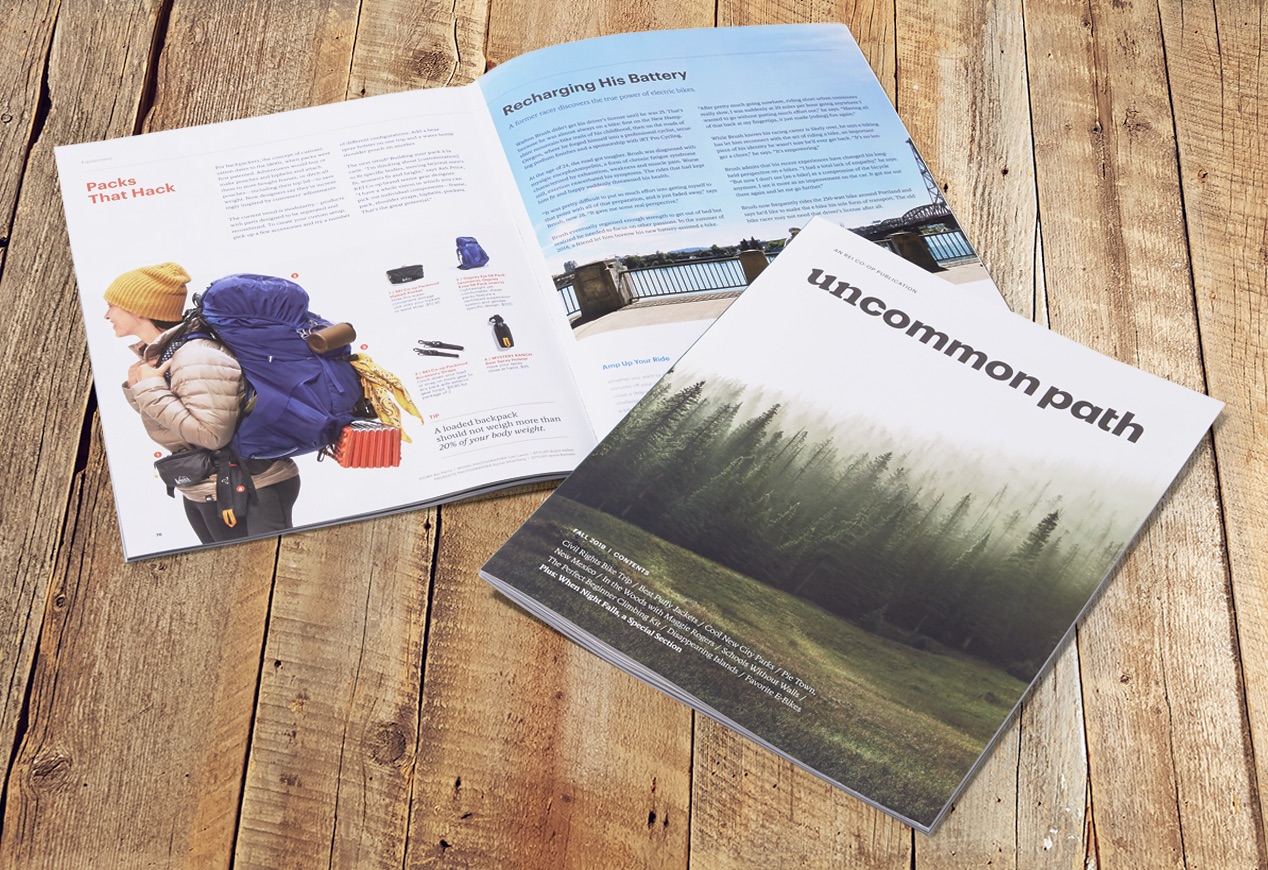 Poynter has a good story that looks at how REI transitioned from using a traditional catalog to publishing a magazine called Uncommon Path. As the article points out, this “uncommon path” of producing a magazine may actually becoming more common as corporate marketers continue to embrace storytelling and acknowledge the merits of traditional journalism to connect with their audiences.

According to the story, REI mails 200,000 copies, making it the largest outdoor magazine in the country. The publication is part of an overall media srategy that the brand has undertaken over the past few years.

Author Gregory Scruggs: “While Uncommon Path made an exceptional splash in the way that only print media can, the company started creating editorial content five years ago, building on its longstanding homespun editorial library called Expert Advice, In the intervening five years, REI has hired six full-time employees with journalism backgrounds who have helped launch an arsenal of editorial products. Co-op Journal is the company’s blog, mixing direct company messaging with breaking news updates on public lands issues. A documentary film series now encompasses dozens of titles drawing hundreds of millions of views. Four podcasts round out REI’s digital offerings.”

The story also highlights some other brands successful efforts in publishing, include American Express and Departures, and Chip and Joanna Gaines HGTV spinoff publication, Magnolia Journal.

Analysts say that the print magazine has taken on a new urgency in this age of the smartphone, writes Scruggs. “There are a lot of different ways that brands, regardless of their organizational structure, are finding a voice in print in order to reach people offline, invite them to put their phones down and not have to compete with constant digital attention,” [REI’s content and media director Paolo] Mottola said.

Content marketing is continuing to evolve. I encourage you to read the entire story.