The Greatest Novel You Never Heard Of 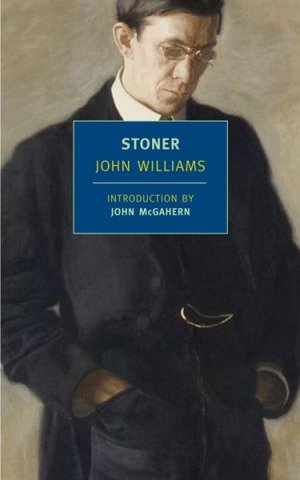 I recently came across a mention of a novel that sounded very interesting. It’s called Stoner. Written by John Williams and first published in 1965, the novel received some kind words from critics, sold roughly 2,000 copies and then was quickly forgotten. But something rather unique has happened; it was published again by the New York Review Books in 2006 and has recently become a “must-read” book in Europe. Booker-award winning Julian Barnes writes in the UK’s Guardian about how a novel he never heard of had become his novel of the year. “In the decade up to 2012, it sold 4,863 copies, and by the end of last year was trundling along in print-on-demand. This year, up to the end of November, it has sold 164,000 copies, with the vast majority â€“ 144,000 of them â€“ coming since June,” writes Barnes. “It was the novel’s sudden success in France in 2011 that alerted other publishers to its possibilities; since then it has sold 200,000 copies in Holland and 80,000 in Italy. It has been a bestseller in Israel, and is just beginning to take off in Germany.”

Late last year, the New Yorker even published a piece about the book titled The Greatest Novel You Never Heard Of. The story is rather straightforward; it’s about a young man who grows up in rural Missouri, William Stoner. He goes to the University of Missour and there is life begins to change Instead of finishing coursework in agriculture and returning to the family farm, he discovers literature and he changes his major and the course of his life. Here’s the publisher’s description:

“William Stoner is born at the end of the nineteenth century into a dirt-poor Missouri farming family. Sent to the state university to study agronomy, he instead falls in love with English literature and embraces a scholarâ€™s life, so different from the hardscrabble existence he has known. And yet as the years pass, Stoner encounters a succession of disappointments: marriage into a â€œproperâ€ family estranges him from his parents; his career is stymied; his wife and daughter turn coldly away from him; a transforming experience of new love ends under threat of scandal. Driven ever deeper within himself, Stoner rediscovers the stoic silence of his forebears and confronts an essential solitude.

“John Williamsâ€™s luminous and deeply moving novel is a work of quiet perfection. William Stoner emerges from it not only as an archetypal American, but as an unlikely existential hero, standing, like a figure in a painting by Edward Hopper, in stark relief against an unforgiving world.”