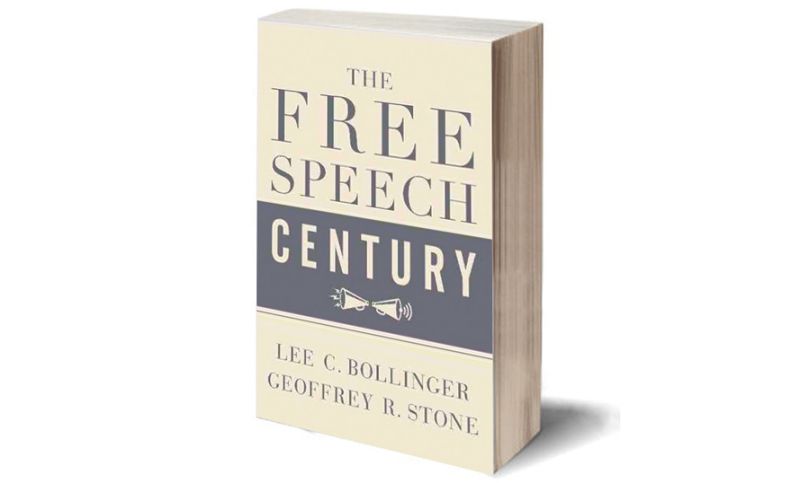 From the publisher: “The Supreme Court’s 1919 decision in Schenck vs. the United States is one of the most important free speech cases in American history. Written by Oliver Wendell Holmes, it is most famous for first invoking the phrase “clear and present danger.” Although the decision upheld the conviction of an individual for criticizing the draft during World War I, it also laid the foundation for our nation’s robust protection of free speech. Over time, the standard Holmes devised made freedom of speech in America a reality rather than merely an ideal.

“In The Free Speech Century, two of America’s leading First Amendment scholars, Lee C. Bollinger and Geoffrey R. Stone, have gathered a group of the nation’s leading constitutional scholars—Cass Sunstein, Lawrence Lessig, Laurence Tribe, Kathleen Sullivan, Catherine McKinnon, among others—to evaluate the evolution of free speech doctrine since Schenk and to assess where it might be headed in the future. Since 1919, First Amendment jurisprudence in America has been a signal development in the history of constitutional democracies—remarkable for its level of doctrinal refinement, remarkable for its lateness in coming (in relation to the adoption of the First Amendment), and remarkable for the scope of protection it has afforded since the 1960s. Over the course of The First Amendment Century, judicial engagement with these fundamental rights has grown exponentially. We now have an elaborate set of free speech laws and norms, but as Stone and Bollinger stress, the context is always shifting. New societal threats like terrorism, and new technologies of communication continually reshape our understanding of what speech should be allowed.

“Publishing on the one hundredth anniversary of the decision that laid the foundation for America’s free speech tradition, The Free Speech Centurywill serve as an essential resource for anyone interested in how our understanding of the First Amendment transformed over time and why it is so critical both for the United States and for the world today.”