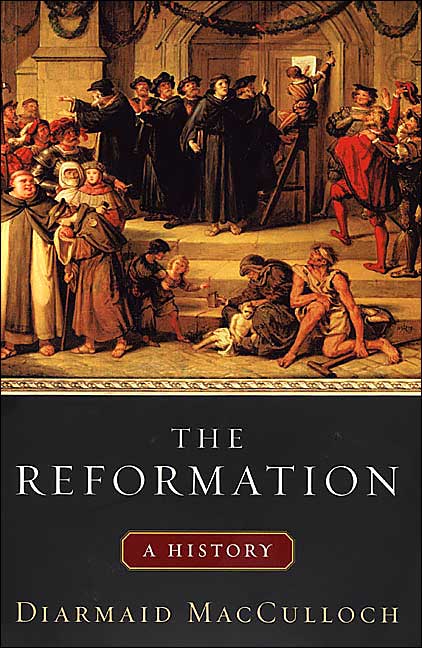 The National Book Critics Circle Awards have been announced, and Diarmaid MacCulloch’s The Reformation has won the nonfiction category. This sounds like an interesting book. Here is a report on the rest of the winners from the Boston Globe.

I don’t know much about the nonfiction winner or its author. However, I am always impressed by the selections made by the National Book Critics Circle Awards. Here is what the publisher writes about its book: "The Reformation and the Counter-Reformation it provoked are one of the great discontinuities in European and world history. The dramatic changes that began when Martin Luther proclaimed his ninety-five theses in Wittenberg in 1517 were of a different order to anything that had gone before. In the following two hundred years, the Christian world broke apart and the nature not just of religion but also of politics, thought, society and culture all changed utterly. The course of history down to our own time has been decisively shaped by this revolution.

"Diarmaid MacCulloch’s magnificent new history is the most authoritative and wide-ranging account of these epochal and often bloody events. He brilliantly describes the changing late medieval world into which Luther, Calvin and the other reformers erupted. He proposes an original understanding of the often confusing origins of the exceptionally violent disagreements that divided men and women of the sixteenth and seventeenth centuries — disagreements for which they were prepared to kill and be killed. He examines the personalities of the leading Reformers and their opponents and the mix of ideas, prejudices and accidents that shaped the various versions of Protestantism and Catholicism.

"But this is not simply a book about popes, scholars and reformers, religious battles and secular powers. MacCulloch examines the impact of the Reformation on everyday lives — on sex and love, on the changing sense of being a man and being a woman, on beliefs about life after death and punishment in this life, on belief in witches and ghosts. He shows the power of ideas to ruin lives and rebuild them: to bring hope, fear, hatred, anger and joy to the humblest as well as the most exalted places on the continent."