My Beef With Big Media 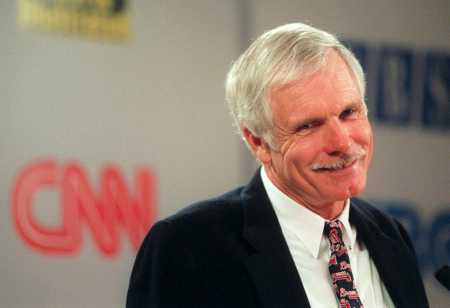 “I freely admit: When I was in the media business, especially after the federal government changed the rules to favor large companies, I tried to sweep the board, and I came within one move of owning every link up and down the media chain,” says CNN founder and chairman of Turner Enterprises, Ted Turner. “Yet I felt then, as I do now, that the government was not doing its job. The role of the government ought to be like the role of a referee in boxing, keeping the big guys from killing the little guys. If the little guy gets knocked down, the referee should send the big guy to his corner, count the little guy out, and then help him back up. But today the government has cast down its duty, and media competition is less like boxing and more like professional wrestling: The wrestler and the referee are both kicking the guy on the canvas.”

This is from a great article in the July/August issue of Washington Monthly magazine. In the article, Turner documents a bit of the history that led to government and big business. In fact, the deck headline to Turner’s article is “How government protects big media–and shuts out upstarts like me.”

“Today, media companies are more concentrated than at any time over the past 40 years, thanks to a continual loosening of ownership rules by Washington,” Turner writes. “The media giants now own not only broadcast networks and local stations; they also own the cable companies that pipe in the signals of their competitors and the studios that produce most of the programming. To get a flavor of how consolidated the industry has become, consider this: In 1990, the major broadcast networks–ABC, CBS, NBC, and Fox–fully or partially owned just 12.5 percent of the new series they aired. By 2000, it was 56.3 percent. Just two years later, it had surged to 77.5 percent.”

Turner does a great job of explaining how big conglomerates affect the quality of journalism. Among the arguments against big media include what Turner calls the triple blight: loss of quality, loss of localism and loss of democratic debate.

“In the summer of 2003, the FCC raised the national audience-reach cap from 35 percent to 45 percent. The FCC also allowed corporations to own a newspaper and a TV station in the same market and permitted corporations to own three TV stations in the largest markets, up from two, and two stations in medium-sized markets, up from one. Unexpectedly, the public rebelled. Hundreds of thousands of citizens complained to the FCC. Groups from the National Organization for Women to the National Rifle Association demanded that Congress reverse the ruling. And like-minded lawmakers, including many long-time opponents of media consolidation, took action, pushing the cap back down to 35, until–under strong White House pressure–it was revised back up to 39 percent. This June, the U.S. Court of Appeals for the Third Circuit threw out the rules that would have allowed corporations to own more television and radio stations in a single market, let stand the higher 39 percent cap, and also upheld the rule permitting a corporation to own a TV station and a newspaper in the same market; then, it sent the issues back to the same FCC that had pushed through the pro-consolidation rules in the first place.”

I urge you to read Turner’s article. It does a great job of outlining the entire issue. And Turner is someone who knows firsthand of what he speaks. His solution: “At this late stage, media companies have grown so large and powerful, and their dominance has become so detrimental to the survival of small, emerging companies, that there remains only one alternative: bust up the big conglomerates. We’ve done this before: to the railroad trusts in the first part of the 20th century, to Ma Bell more recently. Indeed, big media itself was cut down to size in the 1970s, and a period of staggering innovation and growth followed. Breaking up the reconstituted media conglomerates may seem like an impossible task when their grip on the policy-making process in Washington seems so sure. But the public’s broad and bipartisan rebellion against the FCC’s pro-consolidation decisions suggests something different. Politically, big media may again be on the wrong side of history–and up against a country unwilling to lose its independents.”