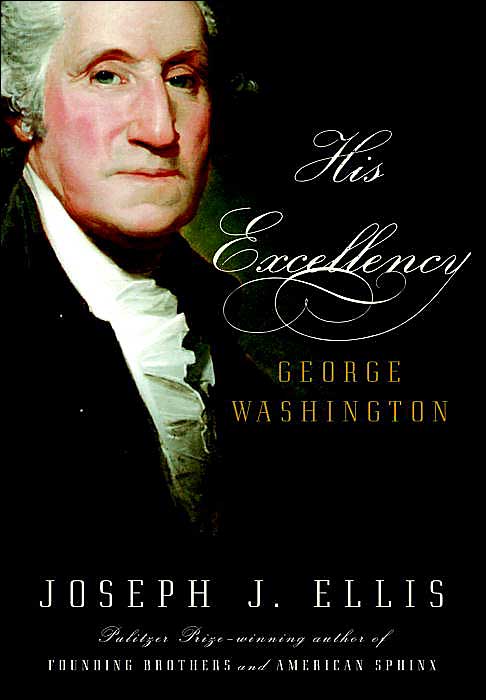 Pulitzer Prize-winning author Joseph Ellis has a new book coming out at the end of the month about George Washington. It looks very interesting. Here’s what the publisher has to say about it:

“The author of seven highly acclaimed books, Joseph J. Ellis has crafted a landmark biography that brings to life in all his complexity the most important and perhaps least understood figure in American history, George Washington. With his careful attention to detail and his lyrical prose, Ellis has set a new standard for biography.

“Drawing from the newly catalogued Washington papers at the University of Virginia, Joseph Ellis paints a full portrait of George Washington’s life and career — from his military years through his two terms as president. Ellis illuminates the difficulties the first executive confronted as he worked to keep the emerging country united in the face of adversarial factions. He richly details Washington’s private life and illustrates the ways in which it influenced his public persona. Through Ellis’s artful narration, we look inside Washington’s marriage and his subsequent entrance into the upper echelons of Virginia’s plantation society. We come to understand that it was by managing his own large debts to British merchants that he experienced firsthand the imperiousness of the British Empire. And we watch the evolution of his attitude toward slavery, which led to his emancipating his own slaves in his will. Throughout, Ellis peels back the layers of myth and uncovers for us Washington in the context of eighteenth-century America, allowing us to comprehend the magnitude of his accomplishments and the character of his spirit and mind.

“When Washington died in 1799, Ellis tells us, he was eulogized as “first in the hearts of his countrymen.” Since then, however, his image has been chisled onto Mount Rushmore and printed on the dollar bill. He is on our landscape and in our wallets but not, Ellis argues, in our hearts. Ellis strips away the ivy and legend that have grown up over the Washington statue and recovers the flesh-and-blood man in all his passionate and fully human prowess.

“In the pantheon of our republic’s founders, there were many outstanding individuals. And yet each of them — Franklin, Hamilton, Adams, Jefferson, and Madison — acknowledged Washington to be his superior, the only indispensable figure, the one and only “His Excellency.” Both physically and politically, Washington towered over his peers for reasons this book elucidates. His Excellency is a full, glorious, and multifaceted portrait of the man behind our country’s genesis, sure to become the authoritative biography of George Washington for many decades.”