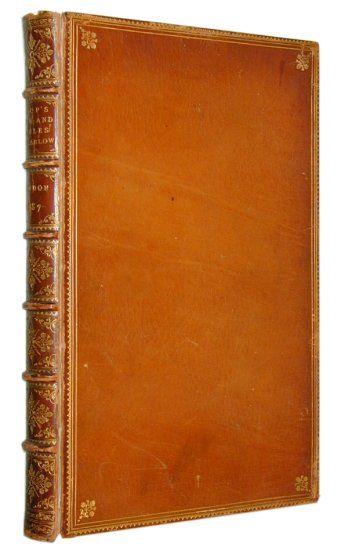 A fable from my local newspaper: A stolen copy of a limited-edition copy of Aesop’s Fables, the famous children’s book that ends each story with a morality lesson, turned up in the hands of a young woman who allegedly intended to pawn it at a Minneapolis bookstore, police said. The illustrated copy was valued at $450 by James and Mary Laurie Book Sellers on the Nicollet Mall in downtown Minneapolis, where the book had been until it was spirited away Saturday morning.

The report from the Star Tribune: “The book, which bears morals such as the one that says misfortunes springing from ourselves are the hardest to bear, resurfaced Wednesday when the woman took it to Magers and Quinn Booksellers on Hennepin Avenue in Minneapolis’ Uptown area, said store manager Jay Peterson.

“The woman, who has not been named because she has not yet been charged with a crime, and her boyfriend were already on a watch list at three local bookstores after passing bad checks, said Peterson.

“They just came back to the well one too many times, and we caught the young woman this morning,” said Peterson, who kept her at the store Wednesday by telling her he needed to do some more research on the book — then called police.

“It was sort of a crime ring that this mid-20-something gentleman and his girlfriend had going,” said Peterson, who said they probably sold books at his store twice before being caught. The city’s independent bookstores trade information with each other to prevent just this sort of crime, he said. “We do keep pretty good records of people who sell books to us.”

“Honesty, it turns out, is the best policy after all.”