A Crisis in Nonfiction Publishing? 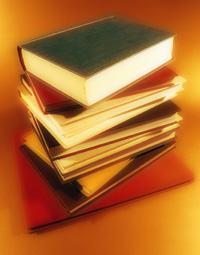 While mainstream publishing might be getting dumber by the day, writes Sam Leith in the Guardian, there’s hope for the future. We might be living in a golden age of publishing: University presses.

“Where 15 or 20 years ago the big trade publishers were, oddly, swamping the market with sort-of-scholarly micro-histories of salt or longitude, they now seem, with exceptions of course, to be tiptoeing away from specific, knotty, deeply researched and nuanced books about things,” writes Leith. “The sorts of book on which they tend now to rely are investigations of â€œbig ideasâ€. Their lodestars or exemplars are the Malcolm Gladwells and Daniel Kahnemans and Nicholas Carrs. I do not mean to denigrate those individual authors, rather to say that they produce a particular type of work.”

These aren’t the types of books that deepen our understanding of the world, he writes. Instead they follow a formula to sell. “The disproportion between the size of the question proposed, and the simplicity of the pretended answer, is the primary marketing hook.” The interesting risks are now being taken by smaller university presses: “The stuff’s there for taking.”